I spent more than ten years working almost entirely on Lean IPD projects delivering over $650M worth of health care operations in Northern California.  Of the more than 24 Lean IPD projects delivered by our project management team over 10 years (total value over $4Billion US), 90% of them completed on schedule and all but one completed under their original board funding amount.

While costs in Design-Bid-Build and CMatRisk deliveries often increase after contract award, I found that using the IPD framework the actual cost tends to decrease from the budget estimated during the Validation phase to the completion of the project.

From my experience, the following statement is generally correct:

When we look at a typical Lean project, these are the three phases where we define cost:

Validation usually ends with a published validation study that outlines the scope, quality, schedule and budget for the project. Design is often at 80 to 90% Schematic Design with some rooms/areas advanced to a Design Development level. The bulk of the design work is still to be done when validation is complete.

I usually recommend a 5 to 7% construction contingency and a 5% owner contingency on the entire budget for health care projects (including equipment, furniture, IT, etc) at the end of the validation phase.

There are often many unanswered questions and risks/opportunities at completion of validation. We usually track them on a Risk/Opportunity log with a percentage probability and a rough cost. We also include a weighted average of all these items in the validation budget and set the contingency percentage according to the magnitude and likelihood of occurrence of these unresolved items.

The owner may not have made all equipment decisions and the cost estimate will often include worst-case scenarios for the purpose of the validation budget. This budget is the allowable cost at which the owner can still achieve the required business case (ROI or another metric).

Other than major trades, the general contractor is often estimating costs for the remaining trades, and there is some contingency for bidding assumed in these numbers, which tend to be conservative.

The general conditions are based on a conservative schedule which may include contingency time (additional months of construction and corresponding management time).

In this phase, the project is usually moving into Design Development (DD). Alternatively, DD can start immediately after the Validation Phase. As the owner, I like to wait to set the Target Cost until I have made decisions on many of the major milestones which lower the cost (the opportunities on the Risk/Opportunity Log). Once all major decisions affecting cost have been made, I am comfortable committing to the cost.

Until all parties have agreed to the Target Cost, the IPD team (designers/builders) do not actually have any risk because their risk/reward program is based on performance against the target cost.

Often the general contractor will start to bid out the remaining trades (at least the highest risk ones) before agreeing to the target cost. They will typically be able to show some “buyout” savings from the validation budget if bids come in under their budget amounts. The savings are usually held for potential change orders for these bid trades as the drawings and coordination work comes to completion.

Often, major prefabrication and scope transfer between trades happen just before or just after setting the target cost, which will result in early savings.

We calculate the actual final cost of the project when everything is complete and all incentives are paid to the partners.

Since teams share cost savings and have a fixed profit on the base work, they are incentivized to decrease the cost and minimize billing to the project. Other agreements with profit as a percentage of billed work encourage the team to bill up to their full contract amount.

Any savings from Prefabrication and Modularization that were new to the project are actualized.Often the team proposes an idea but isn’t sure whether it will work, so they hold contingency (hidden as lower productivity assumptions) which is only realized once the work is complete.

In my experience, design teams usually finish over their budgets. The project team benefits from having the design team available to resolve issues and keep construction moving. This translates into higher design fees and faster and smoother construction.

The Lean framework tends to minimize losses due to rework. I see less trade damage because the field workers understand that they essentially pay the other trades to fix the damage with their profit, so it is in their best interest to protect other trades’ work.

Many times, projects go over budget because the budget was never correct from the beginning. IPD projects with early team involvement have a better chance of estimating all of the required work, even if it isn’t clearly documented on the drawings at the time of validation or target cost. This means that a validation budget might be higher than the budget immediately after bidding a project with plans and specifications. The difference is that the bid budget is the price floor while for Lean IPD, the validation budget is often the highest possible budget with many opportunities to lower the cost.

For project owners, I highly recommend looking at Lean IPD as a reliable way to deliver capital projects over a period of time. All project delivery methods can produce successful results. I would suggest that just because you get a win once in a while, that doesn’t mean the models are consistently reliable.

Poor outcomes are most likely to occur when there is a lack of alignment between design, construction and the owner as well as a failure to perform adequate due diligence on the scope at the start of a project. IPD should give the owner the highest likelihood of achieving a goal of delivering projects for the schedule and budget goals established at the start of a project (not as a way to guarantee the lowest cost). I believe that if a business plan supports a specific investment to deliver a project within a budget and time period, the focus should be to deliver on that plan as opposed to trying to get the cheapest possible cost. 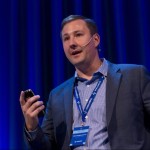 James is an expert in the set up and structure of large, complex capital projects using Lean and Integrated Project Delivery to drive highly reliable results.

He has negotiated IPD contracts and delivered over $650M in complex healthcare projects as an Owner's Representative with multiparty contracts, aligned team incentives and collaborative delivery models.

You have made it to the Request for Proposal (RFP). Congratulations! How can you and your team stand out from the crowd and demonstrate that...

Whether you are new to Lean IPD, are a seasoned practitioner who is regularly onboarding new members to large project teams, or simply want a...