You need to pick your battles at every step whether you are an owner, a designer or a contractor in construction. Depending if you win or lose the battles affects your bottom line. That’s the adversarial relationship among these parties which plagues the industry so deeply that while the non-farm industries raked high productivity and quality since 1960, construction industry suffered a decline.

Various delivery models have been tried out but none of them made any headway through the productivity crisis in construction. The most recent experiment has been IPD or Integrated Project Delivery that seems to show a silver lining. The model has been developed by borrowing ideas from Toyota production system. It uses a new single contract to bind the owner, designer and contractor to work through open book accounting, sharing risk and reward in a friendly and supportive work environment. So far the success rate is very promising in delivering highly productive and quality projects.

James– With IPD we are onboarding the designer and the builder very early, even prior to a completed business case. The biggest thing here is that we make sure we adequately priced and estimated what we want to build so that we fund the right project. Then we use Target Value Design for continual updating of the budget throughout the design phase and make sure we don’t deviate from the budget that we funded.  With this process, our goal is to provide high value facilities at an affordable cost to provide amazing care for our patients.

So much waste can be eliminated from designing and redesigning when the detailed design is handed off to the trades. We can get our design to a shop drawing level before we submit for permit with the people that are actually going to build it. We eliminate a lot of redesigning during the construction phase. The goal of doing all this work is to  lower project cost, shorten time and avoid scope creep while achieving high quality.

Zul– How do you engage these people early before the project is funded?

James– For projects over $10m, we request for a small amount of seed money, maybe 1%- 2% of the expected project budget and hire a team of contractors and consultants. They will help us develop the budget and the schedule to go into the program. Ideally the actual contract is signed as soon as the project is funded.

Also at Sutter Health we use a single contract, for a single dollar value, between owner, designer and contractor with the goal of delivering the project scope. So it’s not based on a set of drawings, it’s based on meeting the owner’s intent within a set budget and schedule. We guarantee the cost by having the designer and the builder risking their profit if the project goes over budget in exchange for shared reward if the project comes in under. If the project goes over budget they will complete the project at their cost but won’t lose money. The key here is everyone trying to collectively come under budget. If one party didn’t come under but if they helped others to come under then everyone get a share of the bonus.

An important note- the contract budget is usually set slightly below the funding to encourage the team to drive the cost down.

Zul– Currently IPD is being used for about 1% of $1.5T construction industry but IPD has started a revolution in the industry. Which sector of the industry is leading the revolution? And who is following?

James– The healthcare industry has been the pioneer, e.g. Sutter Health and UHS (Universal Health Services) have done a number of projects. Kaiser is also moving in this direction. Outside of healthcare there are several biotech firms that are piloting their first IPD projects. Proctor and Gamble announced last October that they would use IPD for some of their major projects. Intel experimented with it already. I think the next wave you will see coming from the big biotech companies.

These companies are trying to solve their unique challenges through IPD that traditional delivery models are unable to solve. For example, Intel thinks about expanding their facility about 5 years before they know what product will be produced in that facility. That is a very unique challenge and everyone has a challenge like that either that is about their product, their budget or something else.

Zul– Who facilitates the IPD process from beginning to end?

James– Owner, architect and contractor form a core group to lead and facilitate and they take turns as appropriate.

Zul– Is there any new set of project management skills required for success?

James– This is something new that needs learning. There are definite skill sets that we haven’t had before that we need, and it’s about being able to lead teams and facilitate discussions and conversations as opposed to the people who just know all the answers. Because everyone is coming onboard earlier and the traditional work structuring is all up for grabs. We are finding that the new role is, as some call it, the project integrator. It can be a consultant or someone from the core group may be found to have the knack for facilitating conversations.

Zul– Do you take the project integrator role in your projects?

James– In my projects I only lead those discussions where I can contribute the most or have vested interest. Then others take over based on their individual expertise that I have no expertise on and I would just participate in the conversation. The most successful teams I’ve seen where you actually try to break down the traditional hierarchy to allow people to step up within their niche.

This post is edited for clarity and vetted by James Pease. He can be reached at james@leanipd.com 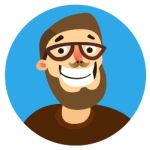 Helal is a program, design, and construction strategist carrying two decades of experience in infrastructure, workplace and leisure.

His hands on experience includes delivering small and large scale projects worth over a half a billion dollar. Helal has worked as a Consultant, a Contractor and an Owner's rep.

He blogs on construction quality management at www.leadershipforquality.org. He is an engaging presenter for conferences and training workshops.

In my previous posts in this series, I discussed Who Benefits from Innovation in Design and Construction? and Buildings as Products: Is the Construction Industry...

In the Lean Integrated Project Delivery (IPD) Community, we have all heard of Plan-Do-Check-Act. We understand that it is the cycle to create continuous improvement,...